May we see like God sees and hope like God hopes.  And may we not be afraid to live by that sight and that love in the meantime. Amen.

These scripture passages each get us thinking about the end. Nothing like beginning with the end.  But since we are dealing with these readings so rooted in apocalypse, maybe we are on the right track.

Imagine this community, this city, this country, this world that is going to pieces in so many places – whether by poverty or war or climate reckoning – and hear the words of Isaiah again: “I am about to create new heavens and a new earth; the holy city as a joy and a place where I will rejoice in my people the way they take care of each other – no more inconsolable weeping, no body in distress, babies get to live and old people get to  live our their days.  People enjoy the fruits of their labor, have homes to live in, food to eat.  Predators will cease terrorizing of the vulnerable and they will eat side by side. Healing and peace will come to the whole community. END_OF_DOCUMENT_TOKEN_TO_BE_REPLACED 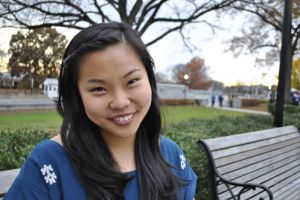 Sarah Matsui was born and raised in Hawai’i, raised some more in Philly, and is now living in San Francisco. She did not grow up in the church though is now part of the church, and she cares deeply about intersections of faith, identities (race, gender, language, sexuality, cultural, etc.), justice, and reconciliation.

The church I am attending sent out a letter today (3/13/15) that overall I was excited about, and thankful for. But it also invited further response. In an optional survey response they requested, I submitted the following note:

“Firstly, I am thankful for our church, this board, and for the direction indicated by the board letter. Secondly, a question: if the board has come to the conclusion that our church’s practices have been causing harm, not leading to human flourishing, and excluding LGBTQ people from belonging in the body of Christ, would a logical next step be to issue an explicit apology to the LGBTQ Christians attending our church and/or to the broader LGBTQ community?” END_OF_DOCUMENT_TOKEN_TO_BE_REPLACED 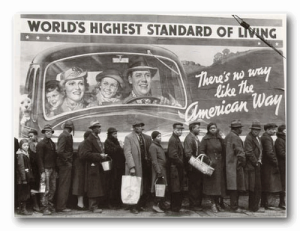 From Tom Airey at Easy Yolk:
————————————-
It is incumbent on the community of faith to discern and name the crisis and to distinguish, as clearly as it possibly can, between truth and error, even between life and death.
Bill Wylie-Kellermann, Seasons of Faith & Conscience: Kairos, Confession, Liturgy (1991)

Much has been made about the declining church participation of the Millennial Generation. Scientific surveys, studies and solutions have all been offered to bring them back to the fold. The real question, however, for people of faith & conscience committed to the struggle for church renewal & fundamental social change, is not why they have supposedly left or even how we can get them to come back. Our time, energy & resources should be focused on how we ought to live to be a faithful and compelling witness to what is Real & Transcendent. To what Dr. King called “the Beloved Community” and what Jesus called “the Heavenly Reign.”

I write as a longtime follower of Jesus (this year, I celebrate my 30-year anniversary of commitment to “the Way”) and, particularly, one who, at middle-age, had grown jaded with the conservative Evangelicalism of my youth. I have wrestled with Christian faith–through prayer, passionate dialogue, reading, writing & formal seminary education–and come out the other side to embrace an Anabaptist faith that daringly offers the nonviolent cross instead of the patriotic flag, the identity & vocation of church community instead of ingrained ethnic heritage & family patterns and discipleship to Jesus’ teaching instead of the American dream of upward mobility.

What initially compelled me and converted me to the 500-year Anabaptist Christian tradition was its historic focus on living out the way of Jesus simply & sacrificially, no matter what the price. The Anabaptists have existentially known the social & political tension of what Mennonite theologian John Howard Yoder described as “doing ordinary things differently.” Ultimately, the price of social non-conformity has been death, imprisonment, social rejection & scapegoating. This task continues to be the challenge of a church’s “relevancy” during the coming-of-age of the Millennial Generation.

The definitive series of crises and catastrophes that we must name, engage and confront faithfully is best summarized, I believe, consistently in the writings of African-American literary giant bell hooks: imperialist white supremacist capitalist patriarchy. This global Situation has largely been justified & supported by 1st World Christian churches who have focused on a spiritualized & futurized faith located in the heart and lived out in performance-driven, spectatorship models of church ministry divorced from socio-political realities. It has, by and large, become Dr. King’s nightmare:

The church must be reminded that it is not the master or the servant of the state, but rather the conscience of the state. It must be the guide and the critic of the state, and never its tool. If the church does not recapture its prophetic zeal, it will become an irrelevant social club without moral or spiritual authority.

Millennials are, quite frankly, just as apathetic, cynical, indifferent & distracted as every other generation and privileged upwardly mobile (sub)urban (mostly)white young people will continue to follow the same cycle as their parents and grandparents, joining respectable, “Bible-believing,” infotainment-oriented churches that do not confront the imperialist white supremacist capitalist patriarchy that ruthlessly defines our context. We not only owe it to the next generation of Jesus followers, we owe it to our-Gen-X-and-Baby-Boomer-selves to live out a faith that disturbs & disrupts a status quo which continues to be a meager existence for multitudes.

Sure, we can tweet and text and use other kinds of technology to communicate the radical message of Jesus to a younger audience. We can also fully affirm the God-given dignity of gays and lesbians who worship & serve in our communities. Additionally, we can emphasize the vital need for transparency, therapy & 12-step style meetings to heal from our dysfunctional family systems and the counterfeit coping mechanisms that we’ve been patterned into. After all, Millennials are crying out for authenticity and stability from their elders. But our focus must be cosmic, not cosmetic. Systematic, not symptomatic.

A decade ago, my Fuller Seminary professor Nancey Murphy outlined an Anabaptist faith that was uniquely positioned to transcend the will-to-power that Nietzsche exposed as deeply interwoven into the human condition. Murphy highlighted four Anabaptist distinctives: separation-of-church-and-state, nonviolence, revolutionary subordination & simple living. Following Murphy, I propose that Anabaptist communities all over North America (re)commit to these distinctives specifically, as both constructive and confrontational practices that overtly engage with the ongoing catastrophe of imperialist white-supremacist capitalist patriarchy.

We Anabaptists have an opportunity to be both prophetic & pastoral to the Millennial generation. And the fact is that the economic Game simply isn’t working for the next generation. Skyrocketing student debt, outsourced jobs, intensifying income inequality & the industrialized effects of climate change will plague the youngest among us the most. But this crisis is an opportunity for Millennials to be saved from the American default narrative of upward mobility via the market & the military. The hope is that, if Millennials can’t win, then they will divert and subvert “conventional wisdom” and become saved and healed in their commitment to sustainable convictions and practices.

Christian churches (whether Anabaptist, Reformed, Evangelical or Catholic) that directly confront the disaster of American imperialist white-supremacist capitalist patriarchy with creative & constructive laboratories of separation-of-church-and-state, nonviolence, revolutionary subordination & simple living will not be large & culturally powerful. They will, however, be islands of refuge in a sea of Empire. They will be holdouts of hope, continuing to participate with what the very best of the Anabaptist Christian tradition has consistently practiced.

The Anabaptist distinctives will expose the myth of a Christian nation, emphasizing a radical discipleship movement that is voluntary & challenging, always placing value on the freedom to obey God without state help or hindrance (separation-of-church-and-state). It will seek truth through dialogue, opening the floor to all voices. Peace will be a series of processes and practices, dedicated to the dignity of everyone (nonviolence). It will participate with all people of faith and conscience in imaginative experiments of social justice (revolutionary subordination). Lastly, participants in this movement will have no need to defend our economic privilege, placing us into a legitimate position to actively advocate for policies that benefit our neighbors, foreign and domestic (simple living).

People of fervent faith and critical consciousness hold out hope that the intentionality of radical discipleship communities will intersect with the intuition of the Millennial generation. In the coming decade, the youthful and energetic will come to know, more and more, that indifference or ignorance or cynicism towards the crisis of imperialist white-supremacist capitalist patriarchy is unsustainable, destructive, unloving & unChristian. No doubt, this work will be challenging. But there are model faith communities dotted all over North America that have been heavenly laboratories experimenting in hellish circumstances for decades. Let’s follow their lead and do this together.