By Wes Howard-Brook & Sue Ferguson Johnson, a commentary on this weekend’s Gospel text, re-posted from November 2016

There is nothing more radical than resurrection.

From the time Daniel 12 apocalyptically announced that God raises the dead, the intellectual elite in Judea rejected it. Sophisticated skeptics have always scoffed at the notion that life extends beyond the bounds of death, because such a belief threatens to undermine the status quo from which they benefit. Consider, for example, this from Ecclesiastes, a text likely written before Daniel:

The living know that they will die, but the dead know nothing; they have no more reward, and even the memory of them is lost. Their love and their hate and their envy have already perished; never again will they have any share in all that happens under the sun. (Eccles 9.5-6)

END_OF_DOCUMENT_TOKEN_TO_BE_REPLACED

First, as always, let’s put this Sunday’s gospel reading in its broader narrative context. The story of Zacchaeus represents the culmination of one of Luke’s important subplots: Jesus’ challenge to rich men (Gk plousios) to “turn their lives (and assets) around.” As pointed out in previous posts, this narrative strand forms the backbone of Luke’s “Special Section” (Lk 11-19), a pattern worth reiterating here (with links to my comments earlier this year):

END_OF_DOCUMENT_TOKEN_TO_BE_REPLACED 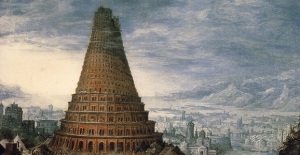 By Wes Howard-Brook & Sue Ferguson Johnson, a commentary on this weekend’s Gospel text, re-posted from September 1, 2016

It is no mystery who Luke’s audience is in this week’s Gospel (14.25-33): “For which of you, intending to build a tower (Gk, purgon)…” (14.28). Clearly, this is not a building plan envisioned by landless peasants, lepers and other poor and marginalized people. Luke is speaking here to the young elite of the Roman Empire, seeking to instill in them the cost of rejecting their imperial formation and choosing Jesus’ Way of discipleship. END_OF_DOCUMENT_TOKEN_TO_BE_REPLACED 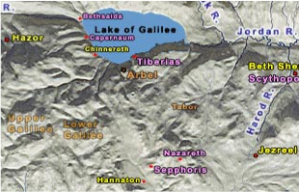 The setting of this famous story is significant. The obscure village of Nazareth has already been well established in Luke’s narrative as the home place of Jesus’ childhood, from Gabriel’s annunciation (1:26) to the Holy Family’s comings and goings (2:4; 39; 51), to the phrase in this week’s lection “where Jesus had been brought up…” (4:16a). END_OF_DOCUMENT_TOKEN_TO_BE_REPLACED

By Wes Howard-Brook and Sue Ferguson Johnson, commentary on John 2:1-11, re-posted from January 2016

The rich beauty of this week’s gospel sets the stage for the journey into God and discipleship which follows. In his first public act in John’s gospel, Jesus transforms a wedding which has run out of wine into an overflowing, abundant celebration of the best wine. Every detail of this packed scene is worth pondering deeply.
END_OF_DOCUMENT_TOKEN_TO_BE_REPLACED 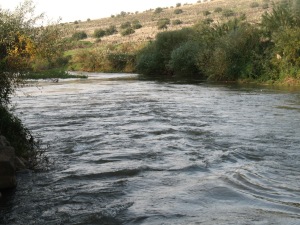 The second and third Sundays of Advent focus on the ministry of John the Baptist, first locating him in the wilderness (2. Advent), then focusing in on his prophetic message (3. Advent). Following on his infancy (and young childhood) narrative about Jesus, Luke commences the gospel story proper. More than the other N.T. evangelist, Luke anchors his story in real political space, signaling that we ought not be afraid to do the same.
END_OF_DOCUMENT_TOKEN_TO_BE_REPLACED 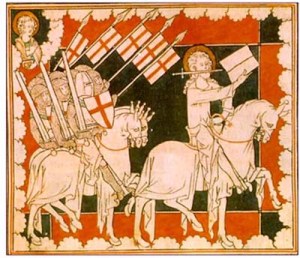 As I watched in the night visions, I saw one like a human being coming with the clouds of heaven. And he came to the Ancient One and was presented before him. To him was given dominion and glory and kingship, that all peoples, nations, and languages should serve him. His dominion is an everlasting dominion that shall not pass away, and his kingship is one that shall never be destroyed.” (Daniel 7.13-14)

The final Sunday of the church year celebrates the feast of Christ the King. It is at once a redundant and a confounding claim: Greek christos translates Hebrew meshiyah, meaning “anointed,” marking a person as a king (or priest, in some Jewish traditions). That is, the very label “Christ” for Jesus suggests royal authority. Yet many today reject the image and language of “kingdom” in relation to the nonviolent Jesus, preferring the wordplay, “kindom.” While we certainly embrace the image of the discipleship community as one, big family of faith, we believe that something crucial to who Jesus is—and who we are as radical disciples—is lost when we abandon the notion of God’s “kingdom.” END_OF_DOCUMENT_TOKEN_TO_BE_REPLACED

Note: This is Ched’s last post in a series of weekly comments on the Lukan gospel readings from the Revised Common Lectionary during Year C, 2016. Thanks to RadicalDiscipleship.net for hosting these gospel commentaries over these last couple of years!

On the day after the election, we awake to an America dominated by what Van Jones (on election night) called “whitelash.”  How resonant, then, is Sunday’s gospel:

“The days will come when not one stone will be left upon another; all will be thrown down….” (Lk 21:6); and

END_OF_DOCUMENT_TOKEN_TO_BE_REPLACED 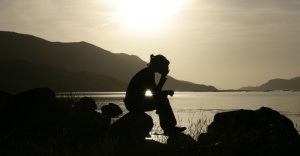 Prayer is central to Luke’s Gospel. The opening scene has the assembly of the people in Jerusalem praying while Zechariah is doing his priestly duty (1.10). The adult Jesus’s first appearance in the gospel is while he is praying (3.21). Luke regularly shows us Jesus at prayer as he discerns the Way (5.16; 6.12; 9.18; 9.28-29). END_OF_DOCUMENT_TOKEN_TO_BE_REPLACED

Note: This post is part of a series of weekly comments on the Lukan gospel readings from the Revised Common Lectionary during Year C, 2016. [Image below: St. Louis Post-Dispatch, J.B. Forbes/Associated Press, found at http://www.thefeministwire.com/2014/10/fergusonfridays-black-freedom-fighters-men-interview-black-women-front-line-ferguson/.] 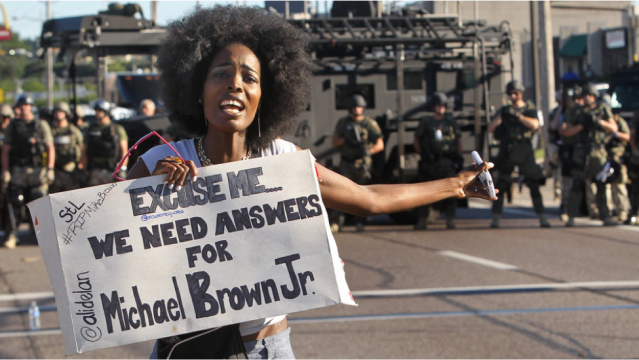 This Sunday’s gospel lesson is the second of two key stories about “determined prayer” in Luke. As is so characteristic of the third evangelist, this vignette about a woman’s unflagging insistence on being heard corresponds to an earlier one about similar importunate behavior by a man (see Luke 11:5-13). That text came up in the middle of the summer (see Wes and Sue’s comments on “shameless audacity” and its relevance to the Black Lives Matter movement here). Each story has two “onstage” characters (a protagonist and antagonist), with the Divine “comparison” well offstage. But while the earlier object lesson took place in a village setting and concerned neighborly hospitality and mutual aid among social equals, our text for October 16 takes place in the city and pits social opposites; it pertains to the public vocation of tenacious advocacy for justice. These twinned stories together articulate how deeply connected the personal and political were for Luke, and should be for us. END_OF_DOCUMENT_TOKEN_TO_BE_REPLACED