I have been having some trouble with the frame of “resistance” for some time. I understand completely why the term, the phrase, the rallying cry emerged following Trump’s election — it makes complete sense to me. But I think we’ve got to think beyond resistance. Resistance is inherently defensive. END_OF_DOCUMENT_TOKEN_TO_BE_REPLACED

By Dr. Cornel West, for the 50th anniversary of the assassination of Rev. Dr. Martin Luther King, Jr., originally posted in The Guardian

The major threat of Martin Luther King Jr to us is a spiritual and moral one. King’s courageous and compassionate example shatters the dominant neoliberal soul-craft of smartness, money and bombs. His grand fight against poverty, militarism, materialism and racism undercuts the superficial lip service and pretentious posturing of so-called progressives as well as the candid contempt and proud prejudices of genuine reactionaries. King was neither perfect nor pure in his prophetic witness – but he was the real thing in sharp contrast to the market-driven semblances and simulacra of our day. END_OF_DOCUMENT_TOKEN_TO_BE_REPLACED

George and Julie MacLeod have now both crossed the Jordan to rest and enjoy full and complete embrace with the God they served so faithfully and courageously this side of glory. And this very God so embodied in Yeshua bar Miriam/Joseph sided outrageously and gloriously with those discarded by our society—people of color, indigenous folk, immigrants, Hispanics, women, LGBTQ+, street folk, the homeless–indeed all the poor. But today I remember with tears the impact they had on my life. They were absolutely key in transforming me and wife “Bunny” (and ultimately our two guys by dint of attachment to us) from well-intentioned liberals, who believed naively that reasonable and calm discussion over time could solve all problems, into radicals determined to follow Christ through “thick and thin.” END_OF_DOCUMENT_TOKEN_TO_BE_REPLACED 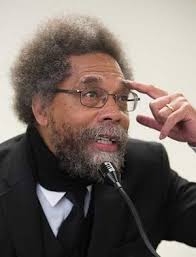 From Cornel West, in an interview last month with Salon.

In Catholic parlance a saint becomes a singled out role model to emulate, but in terms of Scriptural usage the term applies to all the baptized who took on the name of Jesus the Christ. Rather than argue such a point, I would suggest that Julia MacLeod, my dear friend and mentor, whose loss we now mourn and whose life we honor, fulfills both above definitions. We have bid fond adieu to a sister who has role modeled for me what it means to love and follow Christ over against the common and easy definition of the term. Rather than define what this means in abstract terms, I choose instead to underscore her and her “hubby” George’s impact on my life and how they both shaped my Christian faith in maturing and radical ways. In other words, as feminists of the 1970s put it, “the personal is political”. This is and was Julia’s profound impact on my life. Now, on to some illustrations! END_OF_DOCUMENT_TOKEN_TO_BE_REPLACED

One day, as we were being taken handcuffed from the jail for a court appearance, a young nun who was a dear friend reached out her hand to mine in solidarity as we issued from the jail. One of the marshalls came forward in a swift, reptilian move. He crashed down between our hands with a karate blow. “Don’t touch!” It was the epitome of the system; he had said it all.

By viewing the church’s mission as service to God’s reign, Romero opens up a theological space that did not exist in the old colonial mind-set. The church is not beholden to the state, nor does it function to legitimize the status quo in the name of good ‘order.’ The reign of God and its criteria, not the government, should dictate the church’s action.

The revolutionary women of We The People of Detroit delivering water to residents who are shut-in and shut-off. Click on the link to donate.