To get to Lumpkin, Georgia, you have to really want to be there—or be taken against your will. The highways wind southwest of Atlanta, roughly paralleling the Chattahoochee River, for 143 miles. The town is parked on red clay amid tangles of kudzu, its square a cluster of shuttered storefronts next to an abandoned gas station, where the only visible signs of life on a mid-morning in early January were at the courthouse and a store labeled Christian Gun Sales (motto: “Guns Cheaper Than Dirt”). END_OF_DOCUMENT_TOKEN_TO_BE_REPLACED

The woman on the phone, speaking heavily accented Spanish, introduced herself as Consuela to Rebecca, the coordinator and translator for our bilingual group Mujeres Unidas en Fe (Women United in Faith). Consuela said that she wanted to visit the group and offer a Medicaid presentation. END_OF_DOCUMENT_TOKEN_TO_BE_REPLACED

By Joyce Hollyday  Reposted from www.joycehollyday.com.

Two days ago, a calf was born on the 120-acre mountain farm next-door. On my morning walk that day, I rounded a turn in the trail and spied him under a chestnut tree by the creek, just hours old, still wobbly on his legs, his mother licking him vigorously. Last night a coyote tried to kill that newborn calf. His mother successfully thwarted the attack, but not without injury to her ear and face. On this morning’s walk, I noticed that all the cattle are huddled together at the bottom of the mountain, the calves in the center of their protective circle. END_OF_DOCUMENT_TOKEN_TO_BE_REPLACED 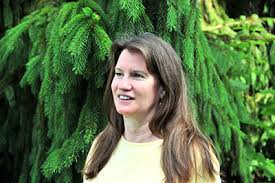 In October 1983, two dozen peace activists gathered in Philadelphia as war raged in Nicaragua. U.S.-backed forces known as contras were carrying out a campaign of terror and mayhem against the civilian population. A woman from North Carolina, who had led a church delegation to the embattled country three months before, reported that while she and her colleagues were there the mortar attacks, kidnappings, and massacres had temporarily ceased. What to do? END_OF_DOCUMENT_TOKEN_TO_BE_REPLACED

We held a sheep-shearing day every spring at Swan Mountain Farm, where I used to live. Mark, the chief shearer, always started with the rams because, he explained, they “come with handles.” Mark grabbed Charlie by the horns and wrestled him over on his side. Charlie, like all the sheep, began that morning as a massive ball of fluff, as wide as he was tall, his wool discolored a dingy brown by dirt. By the time the clipping was done, he was a skinny thing, and the thin layer of wool left on him was shockingly white. As soon as he could get his feet under him, Charlie escaped into the pasture. Mark then repeated the process with Chip. And when he ran into the pasture, the two rams, not recognizing each other with their new haircuts, aimed their horns, charged at each other, and butted heads repeatedly. END_OF_DOCUMENT_TOKEN_TO_BE_REPLACED

Three-year-old Enrique’s favorite toy—a plastic helmet with a dark face shield, emblazoned with the word “POLICE”—was parked on his head. As he toddled up to our burly, 6-foot-8 county sheriff, with his mother Rosita watching nervously, the irony just about did me in.

For three hours every week a group calling ourselves Mujeres Unidas en Fe (Women United in Faith) gathers at a church just over the mountain from my home in Western North Carolina. A dozen Spanish-speaking women and an equal number of us English speakers share Bible study, exchange language lessons, and enjoy a potluck lunch. Fear has been running high since executive orders out of the White House targeted North Carolina as a state for increased action against undocumented immigrants, and recently our group’s activities have included the heartbreaking work of getting legal papers in place for the care of their children if any of the mothers are deported.   END_OF_DOCUMENT_TOKEN_TO_BE_REPLACED

By Joyce Hollyday from February 2017

Once a week for three hours in the middle of the day, a group calling ourselves Mujeres Unidas en Fe (Women United in Faith) gathers in a church on the other side of the mountain from my home. About a dozen are Spanish-speaking women who are learning English, and an almost equal number of us are English speakers who want to improve our Spanish. END_OF_DOCUMENT_TOKEN_TO_BE_REPLACED

During an overly pious phase in my childhood, my favorite holiday was Maundy Thursday. I had nothing against the traditional favorites of Christmas, Easter, and Halloween. I did, after all, grow up in Hershey, Pennsylvania—raised in the First United Methodist Church on Chocolate Avenue, where the domes on the street lights resemble Hershey’s kisses and the fragrance of chocolate hung often in the air. I had no complaint against holidays that brought bonanzas of candy and gifts. END_OF_DOCUMENT_TOKEN_TO_BE_REPLACED 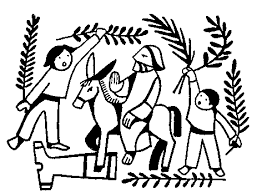 Our text tonight is Luke 19:29-41. I’m reading from the New Revised American Version:

When he had come near Bethphage and Bethany, at the place called the Mount of Olives, he sent two of his billionaire cronies, saying, “Go into the town ahead of you, and as you enter it you will find tied there a stallion that has been ridden many times in war. Untie it and bring it here. If anyone asks you, ‘Why are you untying it?’ just say this, ‘The Lord wants it. And what the Lord wants, the Lord gets.’ If necessary, pay off its owners with a bribe. Close the deal with whatever it takes.” So those who were sent departed and found it as he had told them.  END_OF_DOCUMENT_TOKEN_TO_BE_REPLACED

Day 22 of our Lenten Journey through Dr. King’s “Beyond Vietnam.”

This is the message of the great Buddhist leaders of Vietnam. Recently one of them wrote these words, and I quote:

Each day the war goes on the hatred increased in the hearts of the Vietnamese and in the hearts of those of humanitarian instinct. The Americans are forcing even their friends into becoming their enemies. It is curious that the Americans, who calculate so carefully on the possibilities of military victory, do not realize that in the process they are incurring deep psychological and political defeat. The image of America will never again be the image of revolution, freedom, and democracy, but the image of violence and militarism.

If we continue, there will be no doubt in my mind and in the mind of the world that we have no honorable intentions in Vietnam. If we do not stop our war against the people of Vietnam immediately, the world will be left with no other alternative than to see this as some horrible, clumsy, and deadly game we have decided to play. The world now demands a maturity of America that we may not be able to achieve. It demands that we admit we have been wrong from the beginning of our adventure in Vietnam, that we have been detrimental to the life of the Vietnamese people. The situation is one in which we must be ready to turn sharply from our present ways. In order to atone for our sins and errors in Vietnam, we should take the initiative in bringing a halt to this tragic war.
—————
“Slippery Words and Concealed Souls” by Joyce Hollyday (photo above), founding co-pastor at Circle of Mercy in Asheville, NC

…With speech smoother than butter,
but with a heart set on war;
with words that were softer than oil,
but in fact were drawn swords.
—Psalm 55:21

The year was 1983, and I was on a bus with a group of U.S. peacemakers, bumping over a rutted road from the tiny, isolated village of Jalapa, Nicaragua, toward Managua. Bursts of mortar fire erupted from the trees. A young mother riding with us held up her infant son. “Take him,” she pleaded in Spanish as tears streamed down her cheeks. “Take him to a place where there is no war.” END_OF_DOCUMENT_TOKEN_TO_BE_REPLACED