By Erika Fox, shared on facebook June 16.
Shared with permission

Social media is not my platform (flip phone user here) so I have not mastered the art of articulating myself with fewer words. But the words keep rising up and waking me in the middle of the night, calling me back from a decade-long break from writing I was sure was permanent, and this seems a place to share some of them despite their length.

As a trauma therapist, there is so much I could say about this moment in history, about the relationship between trauma and oppression and the intergenerational transmission of trauma. And while I will continue to hold space for the trauma (and resilience and brilliance!) of Black bodies, Indigenous bodies, and bodies of color, those are not my words to share. My deep love compels me to share these words with white bodies – because addressing our unconscious racial conditioning and patterned responses from our unhealed traumas is necessary for the work of racial justice and restoring our humanity. END_OF_DOCUMENT_TOKEN_TO_BE_REPLACED

On January 20th – the 34th observance and celebration of Dr. Martin Luther King, Jr. Day – approximately 22,000 people (mostly white men) rallied in Richmond, Virginia, to protest proposed legislation to address and decrease gun violence in the Commonwealth. Their numbers, and the accompanying threat of violence, was so great that many other annually held rallies were cancelled.

The Gospel of Paranoia
Convenes them.
Foreboding presence
“Come and take it.”
They cling to
White supremacy
Disinformation
Their own exploitation.
All more indicative
Of what
Their respective childhoods lacked
Than of ideological coherence
Or historical literacy. END_OF_DOCUMENT_TOKEN_TO_BE_REPLACED 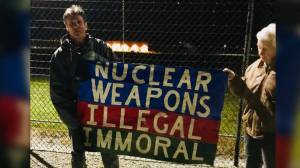 By Frida Berrigan. Re-posted from truth-out.org.

“Our grandma is in jail,” Madeline tells a woman wrestling a shopping cart at Target.

“She went over a war fence and tried to make peace,” Seamus adds helpfully. “They arrested her, and she is in jail now.”

“Where?” the woman asks, looking from them to me in disbelief and maybe pity.

“We don’t remember,” the kids say, suddenly done with their story and ready to make passionate pleas for the colorful items in the dollar section over the woman’s shoulder. END_OF_DOCUMENT_TOKEN_TO_BE_REPLACED

My spouse was one of the clergy standing in a line before the white nationalists in Charlottesville.  We both knew God is calling us to stand up to white supremacy.  We understood the risk.  Only one of us was going because we didn’t want our child to lose both parents.

That weekend I thought a lot about Peter’s wife.  She is barely mentioned.  In the synoptic gospels Peter’s mother-in-law has a fever, Jesus heals her, and she offers hospitality.  You can’t have a mother-in-law without a wife… END_OF_DOCUMENT_TOKEN_TO_BE_REPLACED

From the conclusion of The Mennonite blog post “Nonviolence Against White Supremacy After Charlottesville” by Tim Nafziger and Mark Van Steenwyk:

We are both Christian pacifists committed to creative responses to white supremacy that step outside the myth of redemptive violence.

Pacifists are at their best when they commit to strong solidarity and are willing to lay their lives on the line for the ones they love. It can be a pure expression of compassion–suffering with the oppressed in such a way as to magnify the full humanity of the oppressed while, at the same time, showing love for the oppressor as well. END_OF_DOCUMENT_TOKEN_TO_BE_REPLACED

I lie awake feeling the weight of the world on my chest. Death haunting our country again. Fifty lives and hundreds wounded. All from guns. I can’t twist my head around any rational for guns. I don’t understand the safety argument. I think of the man in the window and the media argument that he fits “no mold” for motive or terrorism. They can’t say it. That he fits exactly the mold of the violent rampage that rules this country. White men. There is a violent disease filled with numbing, racist hatred. It is a disease that knows no empathy, no kindness, no vulnerability, no self-knowledge, no community. It is a lonely, despicable rotting disease. I lie there with tears in my eyes and rage in my belly at the patriarchy and white supremacy that rules.

And then…I think of these two baby boys that sleep soundly feet away from my bed. I love them more than anything. I love their laughter and their tears and the people they are becoming. I think of this disease that is ready to pounce and swallow them whole. What can I do? How can I mother in a way where they refuse the outstretched hand offered to them as white men? My heart gives in and weeps. 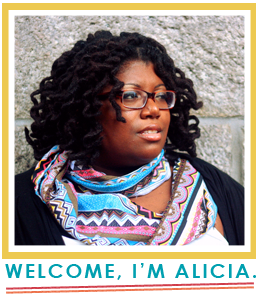 By Alicia Crosby, a Chicago-based community organizer, re-posted with permission from her blog Chasing The Promise

Today I find my body wrestling with illness while my spirit fights against the crushing weight of seeing the toll white supremacy is taking on the world around me. While I feel we all have some degree of complicity we can afford to address, I need to name a particular manifestation of this explicitly.

I am utterly exhausted by all the ways that progressive, liberal, and radical white folks run away from and contort themselves to avoid dealing with the truth that they too are complicit in upholding white supremacy. It’s often not overt supremacy that troubles me so much as the ways in which this particular group of folks refuses to identify, interrogate, hold, then deconstruct their own complicity in upholding this oppressive system.  Read MORE.

Preached by Ruby Sales at The Cathedral Church of St. John the Divine
September 10, 2017

As I read the opening piece of the text from Exodus, it feels like I am reading a script from the white men who marched on Charlottesville two weeks ago.

It begins with the Pharaoh naming his fear that the Israelites are becoming too numerous and powerful. He is scared they will out-number and over-take him. He orders that they be forced into labor and when that doesn’t work, he orders murder.

It echoes of the treacherous low-wage labor forced on undocumented folks living in constant fear.

It echoes of a prison industrial complex holding captive more black men today than were enslaved in the south. END_OF_DOCUMENT_TOKEN_TO_BE_REPLACED

The Wednesday following the violence in Charlottesville, I joined with thousands of people in Philadelphia, mostly persons of faith, to march in the streets and rally.  The energy was high, the anger was rife, and the sense of energy to change palpable.  As distressing as the events were that precipitated this march, it felt good to be there.

But it also stirred some long-standing concerns and questions of mine.  This was partly the result of recently picking up off the shelf my old copy of Will D. Campbell’s memoir Brother to a Dragonfly, a book that had a powerful impact on me when I first read it over thirty years ago.  Campbell was a Southern Baptist preacher from rural Tennessee who became an important leader in the civil rights movement.  As a white southern man, he was part of the Southern Christian Leadership Conference.  His radical understanding of the gospel and his own discernment of the racial crisis in his home region led him to the conviction that “Jesus died for the bigots as well,” and he took to a very controversial ministry among Ku Klux Klan members.  Ornery and wickedly funny, Campbell often cut through the pretensions and hypocrisies of many white liberal activists. END_OF_DOCUMENT_TOKEN_TO_BE_REPLACED