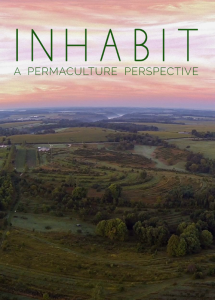 8 years ago, I showed “What a Way to Go” to my family. I hope they would, as the movie tag line says, come to grips “with Peak Oil, Climate Change, Mass Extinction, Population Overshoot and the demise of the American lifestyle.”

Halfway through the movie my sister walked out. It wasn’t so much that she was opposed to the message of the movie. She just couldn’t take how relentlessly depressing it was.

I suspect all of us in the radical discipleship movement have been there at one time or another. We go through some form of the transformation that Tommy is documenting in his post-evangelical series. In one way or another we begin to grasp that catastrophic path our civilization is on. Which begs the question: How do we get others to recognize it to?

Broadly speaking, this is a question of pedagogy, or how people learn. Watching an accurate, though deeply demoralizing documentary was not the way to go for my sister. Messages of doom just aren’t that effective at winning converts.

The producers of the new documentary Inhabit clearly understand this. As one person interviewed in the film puts it, focusing on catastrophe has limited change potential. Their documentary is a lush, alluring opposite to “What a Way to Go”in many ways except one: the message is the same: ultimately industrial agriculture will destroy us all and we need an alternative.

From there the two films diverge dramatically: Inhabit opens by focusing on the hopeful, human-centered framework of regeneration: putting positive things back into the land. “We can actually be healing forces,” says permaculturalist Ben Falk.

“What could it be like if humans could make this place sing with life?” asks Lisa Fernandes, director of the The Resilience Hub. “That gets me really fired up.”

For those who studied permaculture, the vocabulary of guilds, polyculture and function stacking will be familiar. The innovation here is in the framing. It’s a film I could imagine showing my conservative relatives who are farming on land that has been in the family for four generations.

However, it’s not just the earthy vocabulary that this film teaches. It also teases out foundational contrasts: permaculture orchestrates relationships between plants and animals rather than trying to control them all in the way that industrial agriculture often does.

Yet it’s also a pragmatic film. There’s a scene a little way into the movie that might be jarring for purists. Falk is building a swale in his land. He explains in detail how this “structural adjustment” shapes the landscape in a healthier way. Then we watch him carving up the earth with big yellow backhoe. Falk says that he’s decided we should use the oil while it’s cheap to build up ecological wealth in the landscape “until the ice comes back.” It’s a phrase that captures well the long view that the practitioners in this film have.

For those of us who were part of the 2011-2012 World & World mentoring program (http://www.wordandworld.org/2011-ndash-2012-mentoring-program.html), there will be some familiar scenes. The film visits the center for Environment Transformation which hosted one of the retreats for Word and World. It was inspiring for me to see some of the same scenes I photographed that weekend many years on in their transformation. Like this burnt out factory. We hear from Louis Sanchez, a farmer from the neighborhood who is involved in the Center.

The power of the film doesn’t stop with the interviews. The soundtrack, by Aled Roberts is effervescent. You can listens to samples of it here. It effortlessly melds with the visuals. As photographer I continuously in awe of the golden hour lighting and beautifully short depth of field. Every other scene looks like a Pre-Raphaelite portrait.

The film also implicitly critiques some of the problems in the culture of permaculture. Emmett Brennan, Assistant Director & Producer of the film, was at the screening I attended here in the Ojai valley. He emphasized that permaculture has often invisiblized the contributions of women and people of color in the movement. It’s clear that the film makers intentionally reached outside the circle of famous white men who are often most visible in the permaculture movement.

The film is available to stream on-line here. But don’t watch it buy yourself. Get a group together and talk about it afterwards. Ask the question: what can we learn from this film as we think about how we evangelize for radical discipleship?

One way to continue this discussion is to join us at the monthly Bartimaeus Cooperative Ministires webinar. This month’s webinar on Tuesday, June 16 will apply the permaculture principle of polyculture to Pentecost. Another avenue for experimenting with creative pedagogy is the Carnival de Resistance which does education and outreach through a traveling arts carnival.

One thought on “Prophecy, Pedagogy and Permaculture”