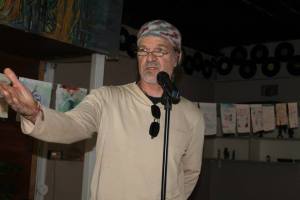 So I am reading the left alt-press for insight on what just happened with the election of Donald Trump, and find myself yet one more time provoked at our white blindness. No less than Glenn Greenwald—whose typically razor-sharp analysis I have relied on so often in the past—quotes Nate Cohn to the effect that “Clinton suffered her biggest losses in the places where Obama was strongest among white voters. It’s not a simple racism story.” And offers further: “Matt Yglesias acknowledged that Obama’s high approval rating is inconsistent with depictions of the U.S. as a country ‘besotted with racism.’” How little we have learned for all of our supposed “learning.”

A single black president does not a post-racial country make! Indeed, as Tim Wise early on argued, Obama’s election, examined in detail, confirms, not belies, the U.S. as still firmly rooted in its white supremacist history. To have any shot at the Oval Office, Obama had carefully and resolutely to package himself as race-neutral: a “non-Civil Rights-baggage-carrying” (as one commentator put it) University of Chicago professor, who could make white people feel good about themselves.   He wrapped himself in an implicit agreement: I won’t talk about how white racism continues to organize every major institution in this country if you won’t talk about my blackness as a disqualifying factor for the Big Chair. Deal done! Middle class suburbs humming, “Can’t we all get along,” by Rodney King.   While the sub-prime debacle of 2008 leveraged the largest single instance of wealth-transfer in the history of the American Dreaming polity—dollars disproportionately exiting communities of color and entering communities of pallor by way of mortgage and tax foreclosure, with the banks the beneficiaries of bailout, their CEOs and top employees the beneficiaries of bonuses, and the caterers shouting Hallelujahs all the way to the parties convened in celebration.

Meanwhile, black bodies riddled with police bullets piled up in the streets, and jails filled with ebony citizens owing astronomical fines for jaywalking, and prisons populated with color poured credits into the accounts of ALEC collaborators and corrections industry suppliers, like a “gangster paradise” arrived!   Yep, sure enough: post-racial America in the house! As bombs fall on Muslims, deportees weep in record numbers, charter schools by the hundreds devastate already beleaguered inner city public school systems to Wall Street toasts over return-on-investments.

Our analysis needs to get beyond the “audacity of (mere) hope.” The reality is a non-stop mendacity, favoring, as usual, white elites, with a few faces of color gathered round the pile of stolen goods for some cover and a prized photo op. The bloc electing Trump was committedly white, in a two step syncopation of deft orchestration. Supremacy raw, coupled with racism systemic and hidden. On the one hand, His Belligerence-in-Chief, barked blatant white anger into a full liturgical throw-down of ecstatic worship. At long last, a public champion, bellowing the rage of the age of lost wages and politically corrected putdown. Working class frowns on melanin-challenged faces could now grimace and shout with impunity! But a whole second tier of fair-skinned fear also turned Trumpish. Assured in the mirror of a vote twice-cast for Obama (since 2008) that they were indeed free of past sins, white middle class denizens could “decide for the Donald” without concern for the bluster because, after all, race no longer mattered. So what if His Orangeness indulged a bit of race flatulence. That is no longer of consequence, just a relic habit, like a dog kicking up grass after a good dump. The playing field is level. Black Lives matter is just young-people drivel. This is white racism in guise of race-neutrality-pride. What scholar Bonilla-Silva calls “racism without racists,” the systemic side of the supremacy, minstrelsied down into bland politeness while pushing policies putting dark bodies in early graves and stark cells. This two-step won the dance of delusion.

But it was not going to be good news if it had gone the other way either. The electoral choice was White Continuity 2.0—supremacy, by another name, either shaken or stirred. Most of us in this in the country are still drinking. But in its effects, the elixir is not mere Kool Aid. Whether buzzed or hung over—the addiction continues. If we were shocked at the outcome of this election that is just more evidence of our drunkenness. For those who have to face reality sober in this country, there was little illusion or surprise. November 9 was—one way or the other—going to be more of the racist same. The only question unanswered—how resist this time around?