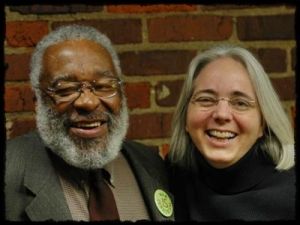 Today, we begin our Lenten journey together, daily meditating on the words of Dr. King’s “Beyond Vietnam” speech at Riverside Church in New York City on April 4, 1967.

Mr. Chairman, ladies and gentlemen, I need not pause to say how very delighted I am to be here tonight, and how very delighted I am to see you expressing your concern about the issues that will be discussed tonight by turning out in such large numbers. I also want to say that I consider it a great honor to share this program with Dr. Bennett, Dr. Commager, and Rabbi Heschel, some of the most distinguished leaders and personalities of our nation. And of course it’s always good to come back to Riverside Church. Over the last eight years, I have had the privilege of preaching here almost every year in that period, and it’s always a rich and rewarding experience to come to this great church and this great pulpit.

I come to this great magnificent house of worship tonight because my conscience leaves me no other choice. I join you in this meeting because I am in deepest agreement with the aims and work of the organization that brought us together, Clergy and Laymen Concerned About Vietnam. The recent statements of your executive committee are the sentiments of my own heart, and I found myself in full accord when I read its opening lines: “A time comes when silence is betrayal.” That time has come for us in relation to Vietnam.

The truth of these words is beyond doubt, but the mission to which they call us is a most difficult one. Even when pressed by the demands of inner truth, men do not easily assume the task of opposing their government’s policy, especially in time of war. Nor does the human spirit move without great difficulty against all the apathy of conformist thought within one’s own bosom and in the surrounding world. Moreover, when the issues at hand seem as perplexing as they often do in the case of this dreadful conflict, we are always on the verge of being mesmerized by uncertainty. But we must move on.
—————————
Highlights from Rose Berger’s April 2007 Sojourners Magazine interview with Vincent Harding (photo above: Rose with “Uncle Vincent”), the author of Dr. King’s “Beyond Vietnam” speech:

The Riverside speech (variously called “Beyond Vietnam” or “Breaking the Silence”) named the sickness eating the American soul as “the giant triplets of racism, extreme materialism, and militarism.” It was a watershed moment.

King’s address was drafted for him by his friend, historian Vincent G. Harding. King made minor changes, but essentially delivered Harding’s original text. “It’s important to know that for about as long as the war was going on, Martin was raising questions about it,” Harding, a retired professor at the Iliff School of Theology in Denver, said in a recent interview. Harding and his wife, Rosemarie, often attended Ebenezer Baptist Church in Atlanta when King was preaching. “It was clear that Martin was opposing the war,” Harding explained, “and that he was opposing it from a deeply Christian perspective.”

In smaller venues King had linked the issues of civil rights, economic justice, and peace, but he had never united the three in such a powerful and public way. He had never dissected the history of U.S. military imperialism with such thoroughness. But most strikingly, King launched his deepest, sharpest theological critique of America. No longer was he only holding America accountable to the ideals of her founding documents. Now King was addressing the mechanisms of empire—not just its bitter fruits—and holding America accountable to God.

“That summer [of 1965], I really immersed myself in studying what Vietnam was all about,” recalled Harding, “especially the historical background. I decided to write something to the Southern Christian Leadership Conference [SCLC] gathering.”

I wrote essentially an open letter to Martin and the delegates. I said that all through our movement we had highly valued the response we got from people involved in anti-colonial struggles all over the world. Their words, their letters, their telegrams, their communications of various kinds indicating solidarity and support were very important for us. I raised the question as to whether or not we could, in conscience, keep still about what was going on in Vietnam in light of the kind of response we had gotten—and that we often sought—from those involved in anti-colonial struggles. Martin expressed appreciation for the letter, and it was clear that he and I were basically on the same page as far as the war was concerned. 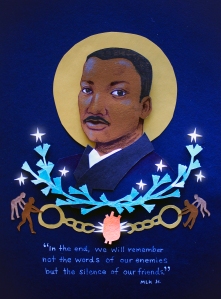 In fall 1966, Andrew Young, a member of King’s staff, asked Harding to write a draft speech for the occasion. “I spent Christmas break focused on that speech,” said Harding.

By and large Martin seemed fairly satisfied with what I provided, and most of the speech was based on that draft. In making that speech King, in a sense, caught up with the more radical folks within the freedom movement, like the Student Nonviolent Coordinating Committee (SNCC). From the context of their gallant work in Southern rural communities, SNCC was coming into touch early with the boys coming back dead from being drafted into that war. SNCC wanted real questions raised about what it meant for these young men supposedly to fight for democracy in southeast Asia when there was no democracy for them in southwest Georgia.