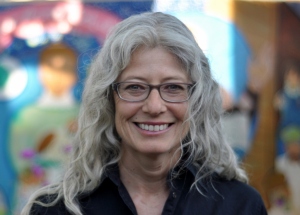 Day 20 of our Lenten Journey through Dr. King’s “Beyond Vietnam.”

Also, it must be clear that the leaders of Hanoi considered the presence of American troops in support of the Diem regime to have been the initial military breach of the Geneva Agreement concerning foreign troops. They remind us that they did not begin to send troops in large numbers and even supplies into the South until American forces had moved into the tens of thousands.

Hanoi remembers how our leaders refused to tell us the truth about the earlier North Vietnamese overtures for peace, how the president claimed that none existed when they had clearly been made. Ho Chi Minh has watched as America has spoken of peace and built up its forces, and now he has surely heard the increasing international rumors of American plans for an invasion of the north. He knows the bombing and shelling and mining we are doing are part of traditional pre-invasion strategy. Perhaps only his sense of humor and of irony can save him when he hears the most powerful nation of the world speaking of aggression as it drops thousands of bombs on a poor, weak nation more than eight hundred, or rather, eight thousand miles away from its shores.

I was born only a few months after Dr. King delivered his Riverside sermon. In today’s passage, King names American duplicity, lying and subterfuge to justify military aggressions in Vietnam. Unfortunately there would be plenty of opportunity in my life time to learn that these strategies are not exceptions but rules of American foreign and military policy. This part of King’s analysis is very specific to the diplomatic deception around the Indochina War in 1967, and at first glance it does not seem to be relevant today. But in fact, even here where King is addressing political particulars, we are seeing him unmask American government’s habit of “refusing to tell the truth” about our foreign policy objectives including fundamental misrepresentation of the enemy in order to justify domestically its military escalation.

In 1990, shortly after I arrived in California from my home place of Saskatoon, SK I got to witness firsthand the lies and propaganda of the first Gulf War. But 13 years later, during the second Gulf War, was my baptism by fire into this reality. In the spring of 2003, Ched and I were visiting professors at Memphis Theological Seminary and Christian Brothers University.  We learned quickly that many folks in the “Bible belt” South didn’t like to hear U.S. policy criticized or a war effort questioned.   I was teaching a class at Christian Brothers University; half of the students were African American women. In January our class began by looking at basic Restorative Justice theory and practice, which set the context for difficult but meaningful discussions during the days leading up to the second Bush invasion of Iraq in March. It was during this time that Ched and I first started using the King sermon to speak truth to this new chapter in American duplicity – the relentless fabrication of Iraq’s alleged weapons of mass destruction. Up until that time, my experience in teaching Restorative Justice had been that once students wrestled with more complex narratives of violation, and mapped them on the “spiral of violence” model they tended to question the dominant paradigm of retributive justice (see Ambassadors Vol 11). However, in the early days of this second Gulf War, the majority of my white students remained stuck in the prevailing war propaganda. Each class became more difficult for me, and I only survived because of the Black students who privately thanked me, saying “we never have conversations like this here.” In one poignant exchange, a Black mother of two small children revealed with fear and frustration that she was being deployed to Iraq; we cried together. (The fact that there is still a disproportionate number of people of color in the “volunteer” military underlines the persistence of the “economic conscription” King called out in this sermon.)

Once the bombing of Iraq commenced, Ched and I looked for ways to break the silence that had descended on the Memphis citizenry (especially the churches). King’s Riverside sermon was a powerful gift and tool we used repeatedly; it was far more effective to let this “national hero” frame issues that had suddenly become taboo in the “fog of war.” The resonance was immediate—whether it engendered embrace (in African American congregations) or resistance (in most white congregations) into which we were invited to preach. The power and poignancy of this text inspired us to use it again to engage the so-called “war on terrorism” in our Philadelphia Word and World School later that year.

Today, almost 15 years and many more military interventions later, it is obvious that we still need to revisit this sermon. Clearly, we have not yet fully grasped the key integrative elements of Dr. King’s catechism as he applied it to the Indochina war, namely:

May this 50th anniversary review help us inscribe King’s truth spoken to power on our own hearts.

2 thoughts on “Spoken of Peace and Built up its Forces”