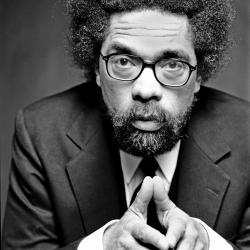 Day 23 of our Lenten Journey through Dr. King’s “Beyond Vietnam” speech.

I would like to suggest five concrete things that our government should do to begin the long and difficult process of extricating ourselves from this nightmarish conflict:

Number one: End all bombing in North and South Vietnam.

Number two: Declare a unilateral cease-fire in the hope that such action will create the atmosphere for negotiation.

Three: Take immediate steps to prevent other battlegrounds in Southeast Asia by curtailing our military buildup in Thailand and our interference in Laos.

Four: Realistically accept the fact that the National Liberation Front has substantial support in South Vietnam and must thereby play a role in any meaningful negotiations and any future Vietnam government.

Five: Set a date that we will remove all foreign troops from Vietnam in accordance with the 1954 Geneva Agreement.
——————
Excerpts from a recent Democracy Now interview with Dr. Cornel West of Union Theological Seminary:

…by “neoliberal,” what I mean is, when you see a social problem, you financialize, you privatize and militarize. You have mass incarceration on the one hand, privatized schools…and then you militarize, which is to say drop bombs on seven Muslim countries and then wonder why Muslims are upset, or you drop bombs on innocent children with U.S. drones and then wonder why the gangsters, the fascists coming out of the Muslim world, are organizing. And, of course, we’ve got to be anti-fascist across the board. But this is going to be the most trying of times in our lifetime. There’s no doubt about it. And at 63 years old, I am thoroughly fortified for this fight. I’ll tell you that.

… Unfortunately, given the right-wing populist and authoritarian orientation of Trump, he uses that kind of anguish to scapegoat Mexicans, Muslims and others, rather than confront the most powerful. Twenty-one percent of those who voted for Trump do not like him, but they feel as if they had no alternative. And we have to keep in mind, 42 percent of our fellow citizens didn’t go to the polls at all, already given up on the system, you see. And so, the system itself now is in such a chronic crisis. And we said before the election that Trump would be a neo-fascist catastrophe. And it’s very clear from his picks that he’s moving in that direction.