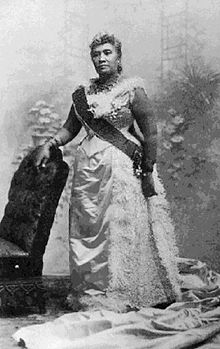 This piece was developed during the first Bartimaeus Institute Online Cohort (2015-2016), aka “The Feminary.”  These pieces will eventually be published in a Women’s Breviary collection.  For more information regarding the Feminary go here.

80 million years ago, the earth opened up in the middle of the Pacific Ocean, liquid land bubbling up through the ocean to cool into a jade island chain. Through the intricate folding of land, sea, wind, and the breath of creation, life came to the islands and flourished in the rich volcanic soil. A few hundred years after the death of Christ, using only the stars and the sea to navigate in their outrigger canoes, master navigators from the West crossed thousands of miles of water to find paradise. In the Kumulipo, the creation chant sacred to native people in the Islands of Hawai’i, the story tells of the intimate linkage between people, the gods, the earth, and plants and animal indigenous to that place. Veneration of the `aumakua (ancestors) and gods weaves the story of present-day Hawaiians into the fabric of history— it is impossible to speak of the origin of native people without telling the origin of the sacred land that provided life. An extensive portion of the Kumulipo is dedicated to enumerating the lineage of the monarchs and royal family of the Kingdom of Hawai’i, and, fittingly, the chant was first translated into English by the kingdom’s first, last, and only sovereign queen, Liliu’okalani.

Queen Lili’uokalani, born Lydia Kamaka’eha on September 2, 1838, was the last ruling indigenous monarch of the islands who saw preserving Hawaiian independence and cultural autonomy as her life’s duty. Born into a family of a High Chieftess and Chief, Queen Liliu’okalani was hānai (adopted) into what would later become a royal family. She was named successor after her brother’s death— King Kalākaua’s last words to his sister were, “Tell my people I tried.” As one of her first acts in her reign, she attempted to draft a new constitution and overthrow the Bayonet Constitution of 1887, established by white American settlers and Hawaiian elites which disenfranchised Asian and native Hawaiian citizens, removed political authority from the monarchy, and prioritized American business interests.

Threatened by her leadership, business owners calling themselves a “Committee of Safety” organized a military coup of US Marines and Navy midshipmen to come ashore in Honolulu Harbor under the auspices of “protecting American property and citizens.” On January 13, 1893, the queen, fearing the loss of lives of Hawai’ian people under the military presence, relinquished her throne to the military of the United States with the hope of the eventual restoration of sovereignty, a wish that was never fulfilled. Queen Lili’uokalani travelled to Washington, D.C. to appealed to President Grover Cleveland for support,after which he offered reinstatement on the condition of her granting amnesty to the militants involved in the coup. She eventually relented to this request, but the president’s promise proved baseless as the provisional government — made of European and American businessmen established after the coup— rejected her reinstatement entirely, despite a commission from the president himself which deemed her deposition illegal.

Despite several petitions which garnered nearly 40,000 signatures in protest of annexation, the Republic of Hawai’i was established as a protectorate of the United States on July 4, 1894 with Sanford B. Dole (of the famous fruit empire) named President. In January of 1985, Hawaiian nationalists and American sympathizers made an unsuccessful attempt to overthrow the government. Liliu’okalani claims she was aware of the revolt, but uninvolved— however, she was imprisoned along with the leaders and sentenced to death. Instead of execution, however, she was forced to sign a document of formal abdication of the throne, threaten with the death of those involved in the revolt if she did not sign it. She signed the document, their lives were spared, and she was sentenced to pay $5,000 and serve 5 years hard labor in prison (which she did not serve). She was formally pardoned by the Republic of Hawai’i a year later and lived the rest of her life in the Islands until her death in 1917. In 1993, one hundred years after the coup, President Bill Clinton signed a formal apology to the Hawaiian people for the invasion and conquest of the Islands.

The short reign of Queen Liliu’okalani marks the political end of Hawaiian autonomy and the convergence of multiple factors of colonial domination— political, economic, and militaristic. Her name is revert on the lips of Hawaiian people today, and modern Hawaiian independence movements draw from her legacy and devotion to her sacred homeland.

“Oh, honest Americans, as Christians hear me for my downtrodden people! Their form of government is as dear to them as yours is as precious to you. Quite warmly as you love your country, so they love theirs. With all your goodly possessions, covering a territory so immense that there yet remain parts unexplored, possessing islands that, although new at hand, had to be neutral ground in time of war, do not covet the little vineyard of Naboth’s, so far from your shores, lest the punishment of Ahab fall upon you, if not in your day, in that of your children, for be not deceived, God is not mocked. The people to whom your fathers told of the living God, and taught to call “Father,” and now whom the sons now seek to despoil and destroy, are crying aloud to Him in their time of trouble; and He will keep His promise, and will listen to the voices of His Hawaiian children lamenting for their homes.”