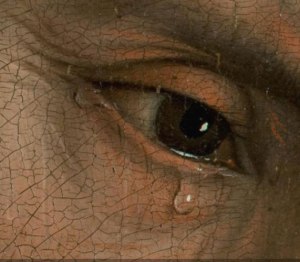 “Jesus knew what we numb ones must always learn again: (a) that weeping must be real because endings are real; and (b) that weeping permits newness. His weeping permits the kingdom to come. Such weeping is a radical criticism, a fearful dismantling because it means the end of all machismo; weeping is something kings rarely do without losing their thrones. Yet the loss of thrones is precisely what is called for in radical criticism.”
― Walter Brueggemann, Prophetic Imagination: Revised Edition