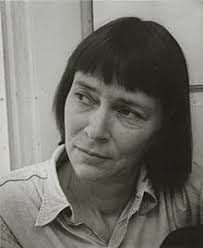 Do you want to remain pure? Is that it?” a black man asked me, during an argument about nonviolence. It is not possible to act at all and to remain pure; and that is not what I want, when I commit myself to the nonviolent discipline. I stand with all who say of present conditions that they do not allow men and women to be fully human and so they must be changed – all who not only say this but are ready to act.

When one is confronted with what Russell Johnson calls accurately “The violence of the status quo” – conditions which are damaging, even murderous, to very many who must live within them – it is degrading for all to allow such conditions to persist. And if the individuals who can find the courage to bring about change see no way in which it can be done without employing violence on their part – a very much lesser violence, they feel, than the violence to which they will put an end – I do not feel that I can judge them.

The judgements I make are not judgements upon men and women but upon the means open to us – upon the promise these means of action hold or withhold.

The living question is: What are the best means for changing our lives – for really changing them?

The most effective action both resorts to power and engages conscience. Nonviolence does not have to beg others to “be nice”. It can in effect force them to consult their consciences – or to pretend to have them.

Nor does it petition those in power to do something about a situation. It can face the authorities with a new fact and say: Accept this new situation which we have created.

If greater gains have not been won by nonviolent action it is because most of those trying it have, quite as the critics charge, expected too much from “the powerful”; and so, I would add, they have stopped short of really exercising their peculiar powers – those powers one discovers when one refuses any longer simply to do another’s will.

They have stopped far too short not only of widespread nonviolent disruption but of that form of non cooperation which is assertive, constructive – that confronts those who are “running everything” with independent activity, particularly independent economic activity.

This is the heart of my argument: We can put more pressure on the antagonist for whom we show human concern. It is precisely solicitude for her person in combination with a stubborn interference with her actions that can give us a very special degree of control (precisely in our acting both with love, if you will – in the sense that we respect her human rights – and truthfulness, in the sense that we act out fully our objections to her violating our rights).

In the histories of the Chinese and Cuban revolutions, there are many accounts of generosity shown by the rebels towards enemy troops – resulting in widespread recruitment from among those troops.

It proved very practical to act on the assumption that not all among them need be labelled permanently “enemy”.

Those engaged in nonviolent battle simply act on this assumption in the boldest degree.

I have been reading William Hinton’s Fanshen: A Documentary of Revolution in a Chinese Village, and I have been struck by how many times in the course of his story he reports a decision taken by the revolutionary leaders that greater humanity shown this group or that group will advance the revolution.

In one dramatic instance it is decided that the attack on middle peasants has been overdone – that the land of many of these families has been wrongly expropriated, and that they must be reclassified as friends rather than enemies of the revolution.

”We must make clear to them that they have their… rights.” Because of this decision, too, things improved, the revolution gained momentum.

Experience seemed always to be showing that the more people who were called friends, the better things went.

It is true enough, however, that one of the chief difficulties those who believe in nonviolence must face is how to recruit others to trust themselves to this way.

My own conviction is that one can recruit to this form of battle only by setting the very boldest kind of example.

Those of us who believe in nonviolent action should listen closely to the words of those who mock it. For if the portrait the latter draws of it is a caricature, and reveals their own ignorance of what such action can be, it reveals, too, a great deal about our own failure to carry experiments with it far enough.

We had better look hard at what it is men and women seek when they turn away from us.

Yes, the challenge to those who believe in nonviolent struggle is to learn to be aggressive enough. Nonviolence has for too long been connected in people’s minds with the notion of passivity. I would substitute another word here – and rename “aggression” “self-assertion”.

May those who say that they believe in nonviolence learn to challenge more boldly those institutions of violence that constrict and cripple our humanity.

And may those who have questioned nonviolence come to see that one’s rights to life and happiness can only be claimed as inalienable if one grants, in action, that they belong to all men and women.

Sexist language has been reversed. These are excerpts from the full essay, originally published in Liberation, February 1968, can be found in the collection We Are All Part of One Another (New Society Publishers, 1984, out of print).

Barbara Deming was a feminist, a lesbian gay rights campaigner, a pacifist, a poet, a film critic, an author and a civil rights protestor