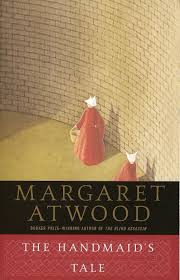 “But there’s a literary form I haven’t mentioned yet: the literature of witness. Offred records her story as best she can; then she hides it, trusting that it may be discovered later, by someone who is free to understand it and share it. This is an act of hope: every recorded story implies a future reader. Robinson Crusoe keeps a journal. So did Samuel Pepys, in which he chronicled the Great Fire of London. So did many who lived during the Black Death, although their accounts often stop abruptly. So did Romeo Dallaire, who chronicled both the Rwandan genocide and the world’s indifference to it. So did Anne Frank, hidden in her secret annex.

There are two reading audiences for Offred’s account: the one at the end of the book, at an academic conference in the future, who are free to read but not always as empathetic as one might wish; and the individual reader of the book at any given time. That is the “real” reader, the Dear Reader for whom every writer writes. And many Dear Readers will become writers in their turn. That is how we writers all started: by reading. We heard the voice of a book speaking to us.

In the wake of the recent American election, fears and anxieties proliferate. Basic civil liberties are seen as endangered, along with many of the rights for women won over the past decades and indeed the past centuries. In the divisive climate, in which hate for many groups seems on the rise and scorn for democratic institute is being expressed by extremists of all stripes, it is a certainty that someone, somewhere- many, I would guess- are writing down what is happening as they themselves are experiencing it. Or they will remember, and record later, if they can.

Will their messages be suppressed and hidden? Will they be found, centuries later, in an old house, behind a wall?

Let us hope it doesn’t come to that. I trust it will not”