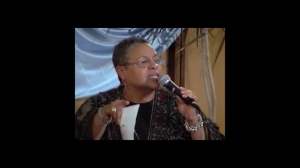 In an interview a few years back, Rev. Lynice Pinkard of the Oakland’s Seminary of the Street was asked if there was ever a time that she lost her faith.  This was her answer.

Through it all I’ve continued to love Jesus and the prophets. I love the church. I am a product of it, and I have spent my life serving it in various ways. The problem for me is that institutional church programs and denominational structures are too often removed from real, radical, biblical discipleship. The institutions often become bulwarks against the movement of the Spirit and act to preserve old patterns of power ill-suited to the real message of our faith. And I have to admit that Christians sometimes scare me. I even scare myself.

Once, in church, a preacher was talking about “fornication” — you know, sex outside of marriage — and a young girl came to me and said her first experience of sex was being raped at knifepoint by her uncle on her grandmother’s kitchen floor. What was it like for her to be preached to about fornication? When I was younger, I believed that if something happened, it was because God had willed it, and if it didn’t happen, then God had not willed it. I do not believe that anymore. I do not believe that God steps in to stop the car from hitting the wall or to make the car hit the wall. Into my early thirties I was constantly trying to resolve the question of why God allows suffering and evil in the world. I have more of a process theology now, meaning that God changes as the world changes. We are growing, and God is growing. God herself is in process. God is suffering, too, because God loves creation and expresses that love through compassion and solidarity. God was with every Jew who went to the camps. God was with the child who was raped. God is for life and will use every single thing at God’s disposal — which is love, basically — to move creation toward life.

I believe God’s heart is broken every time we waste planetary resources, every time we do harm to each other, every time we march the zombie death march, every time we cooperate with the death culture. God is striving with us. God is present, whether you just lost your mother to pancreatic cancer or your country just killed people at a wedding party in Yemen. God went to the camps, and God was lynched and shot and tortured. And still God is loving. It’s not our job to read Isaiah and then go sit at Starbucks and talk about what a sad place the world is. It is our job to collaborate with each other and activate that love.