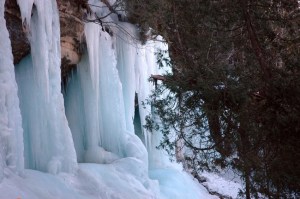 In January, over twenty women gathered for a Word and World weekend of rest and writing using winter as their guide and teacher. This is the first reflection offered which also gives some writing prompts. May it be company in these longer winter days.

I will tell you something about stories,
[he said]
They aren’t just entertainment.
Don’t be fooled.
They are all we have, you see,
all we have to fight off
illness and death.
You don’t have anything
if you don’t have the stories.
Their evil is mighty
but it can’t stand up to our stories.
So they try to destroy the stories
let the stories be confused or forgotten.
They would like that
They would be happy
Because we would be defenseless then.
He rubbed his belly.
I keep them here
[he said]
Here, put your hand on it
See, it is moving.
There is life here
for the people.
And in the belly of this story
the rituals and the ceremony
are still growing.

On the Harshness of Winter

We who have lit and warmed the world according to our liking: what stories does Winter hold for us? What gifts might we find in its harshness?

In a book exploring the way the ways in which white settlement changed the very ecosystem of New England, William Cronon writes in Changes in the Land: Indians, Colonists and the Ecology of New England about how the peoples of Northern New England confounded Europeans in their relationship with Winter. According to Cronon:

“Northern Indians accepted as a matter of course that the months of February and March, when the animals they hunted were lean and relatively scarce, would be times of ‘little food.’ European visitors had trouble comprehending this Indian willingness to go hungry in the late winter months. They were struck by the northern Indians’ apparent refusal to store more than a small amount of the summer’s plenty for winter use… To a European sensibility, it made no sense to go hungry if one knew in advance that there would be little food in winter…”

One effect of that choice, however, is that northern Indians maintained a stable human relationship with the ecosystem. The very abundance which so impressed the Europeans was testimony to this fact.

The conscious choice to NOT to store the gifts of the ecosystem, and the respect for a season of rest, might ring a bell to those of you who are familiar with the Biblical tradition of Sabbath Economics. Indeed, I can’t help but think something of the old wisdom remains in the DNA of some Christian spiritual practices—is it a coincidence that Lent, the great time of fasting, happens in February and March?

I can imagine the people of Maine or Michigan hungry and huddled around the fire, feeding each other on stories. Robin Wall Kimmerer, scientist and citizen Potawatami writes about a story told by her people in wintertime in her book Braiding Sweetgrass.

“The Windigo is the legendary monster of our Anishinaabe people,” writes Kimmerer, “the villain of a tale told on freezing nights in the north woods.

You can feel it lurking behind you, a being in the shape of an outsized man, ten feet tall, with frost-white hair hanging from its shaking body…This monster is no bear or howling wolf, no natural beast. Windigos are not born, they are made. The Windigo is a human being who has become a cannibal monster. Its bite will transform victims into cannibals too. …It is said that the Windigo will never enter the spirit world but will suffer the eternal pain of need, its essence a hunger that will never be sated. The more a Windigo eats, the more ravenous it becomes. Consumed by consumption, it lays waste to humankind.

Windigo stories helped pass the long nights, I’m sure, but they also helped shore hungry people up against their worst instincts. As Kimmerer writes, “Traditional upbringing was designed to strengthen self-discipline, to build resistance against the insidious germ of taking too much. The old teachings recognized that Windigo nature is in each of us, so the monster was created in stories, that we might learn why we should recoil from the greedy part of ourselves.”

These stories find echoes in the Hebrew scripture (which is, after all, the record of a land-based tribal people who endured their own seasons of want and plenty.) In the midst of their journey in the wilderness as told in the book of Numbers, the people began to tire of the manna sustaining them. They moaned and complained. So, God sent a storm of quail and the people ate and ate but were never satisfied, and were consumed by overconsumption. The place was named Kibroth Hattaavah, or graves of craving. It’s a truth at the heart of the stories of many land-based peoples: that the natural world is abundant with enough for all, provided people respect its limits.
Today, we find ourselves in a world in which the Windigo demon is at large and the “graves of craving” are landfills piled with plastic that will outlast us all. Even Winter itself seems at the mercy of Windigo economics. The last four years have been the warmest on record. We have designed a world that all but requires us to outsource our body’s energy expenditures onto fossil fuels or else onto other, poorer humans (think of the migrant workers bent over the strawberry harvest). We spend sedentary days in temperature-controlled, flat surfaced, well-lit environs, and we are only beginning to understand the impact of these choices on our health, let alone on the health of the planet.

It turns out the cold–along with most of the demands of survival (including movement, intermittent fasting, and foods close to their source)–are good for us. When our bodies are exposed, for example, to temperature variations–cold showers, or time outside when it’s cold enough to be shivering– the micromovements of goosebumps and our shivering tissues move oxygen at the cellular level and help develop layers of “brown fat” that regulate metabolism. Researchers are even exploring cold exposure, which increases blood circulation and releases endorphins, as a treatment for depression.

I like a cozy blanket and a hot cuppa as much as anybody, and I think the winter drive toward coziness that Joyce will explore with us next honors our creatureliness (I think of the Mary Oliver lines, “let the soft animal of your body/love what it loves.”) But I am fascinated by the ways embracing rather than rejecting the harshness of Winter might offer a way through the ceaseless craving and fear of the Windigo spirit. It’s long been my goal to “make friends with Winter,” guided by the Scandinavian saying that “there’s no bad weather, only bad clothing.”

Kimmerer suggests that gratitude is a balm for the Windigo psychosis. A deep awareness of the gifts of the earth and of each other is medicine. The practice of gratitude celebrates cultures of regenerative reciprocity, where wealth is understood to be having enough to share and riches are counted in mutually beneficial relationships. We think we’re after more belongings, but really what we want is belonging.

Further along in Braiding Sweetgrass, though, and relevant to this gathering of writers, Kimmerer suggests that “Gratitude alone is not enough:”

What can humans do? We may not have wings, or leaves, but we humans do have words. Language is our gift and our responsibility. I’ve come to think of writing as an act of reciprocity with the living land. Words to remember old stories. Words to tell new ones.

Indeed, to be human is to be awash in stories at all times. Part of paying attention is getting that little bit of distance from our own narrative, to figure out what stories are we telling about our sensations and experiences. In our work and in our bodies, what is the line between discomfort and danger? What stories do we tell about the cold, or the dark, or our craving? Who or what do the stories we tell serve?

Catalog the gifts of Winter harshness and explore your experiences of them.

Imagine the Angel or Spirit of Winter.

Sink into a moment of discomfort that you can remember–either physical or emotional. Observe and describe it.

Remember a time you hit the sweet spot between your comfort zone and your panic zone. What do you notice in the so-called “learning zone”?

Imagine and describe a Winter Ceremony

One thought on “Winter’s Harshness”