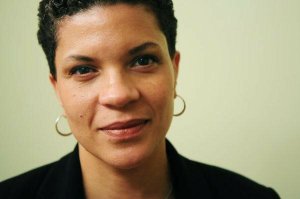 I have been having some trouble with the frame of “resistance” for some time. I understand completely why the term, the phrase, the rallying cry emerged following Trump’s election — it makes complete sense to me. But I think we’ve got to think beyond resistance. Resistance is inherently defensive.

As I see it, we are part of a bold and beautiful revolutionary movement that aims to rebirth this country. This movement isn’t new — we can trace this movement in some ways to the nation’s founding, the first runaway slaves and the Native people who fought for their land and their territory. There has been a yearning for freedom for all people since this nation’s founding, and there have been great revolutionaries — Frederick Douglass and Harriet Tubman, Ella Baker and Martin Luther King Jr., Anne Braden and Cesar Chavez — and we could go on and on, naming the incredible revolutionaries who have helped to remake America. As I see it, Trump is the resistance. There is a revolutionary spirit alive and well that is trying to birth a new America, and Trump and his cronies are resisting, wanting to take America back.

If we are going to do the work that is required to build truly transformational movements in which there is any hope of us building a multiracial, multiethnic, multifaith, multi-gender democracy, in which every voice and every life truly matters, we are going to have to connect and tap into, embrace that revolutionary spirit and the spirits of the ancestors, the freedom fighters who came before us, and say: “We’re not about resistance. We’re about building a revolutionary movement for the collective liberation of us all.”

3 thoughts on “To Rebirth This Country”