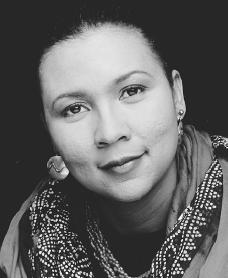 An excerpt from Killing Rage: Ending Racism (1995) by bell hooks:

Confronting my rage, witnessing the way it moved me to grow and change, I understood intimately that it had the potential not only to destroy but also to construct.  Then and now I understand rage to be a necessary aspect of resistance struggle.  Rage can act as a catalyst inspiring courageous action.  By demanding that black people repress and annihilate our rage to assimilate, to reap the benefits of material privilege in white supremacist capitalist patriarchal culture, white folks urge us to remain complicit with their efforts to colonize, oppress and exploit.  Those of us black people who have the opportunity to further our economic status willingly surrender our rage.  Many of us have no rage.  As individual black people increase their class power, live in comfort, with money mediating the viciousness of racist assault, we can come to see both the society and white people differently.  We experience the world as infinitely less hostile to blackness than it actually is.  This shift happens particularly as we buy into liberal individualism and see our individual fate as black people in no way linked to collective fate.  it is that link that sustains full awareness of the daily impact of racism on black people, particularly its hostile and brutal assaults… END_OF_DOCUMENT_TOKEN_TO_BE_REPLACED

From the opening paragraphs of bell hooks’ Understanding Patriarchy:

Patriarchy is the single most life-threatening social disease assaulting the male body and spirit in our nation. Yet most men do not use the word “patriarchy” in everyday life. Most men never think about patriarchy—what it means, how it is created and sustained. Many men in our nation would not be able to spell the word or pronounce it correctly. The word “patriarchy” just is not a part of their normal everyday thought or speech. Men who have heard and know the word usually associate it with women’s liberation, with feminism, and therefore dismiss it as irrelevant to their own experiences. I have been standing at podiums talking about patriarchy for more than thirty years. It is a word I use daily, and men who hear me use it often ask me what I mean by it. END_OF_DOCUMENT_TOKEN_TO_BE_REPLACED

An excerpt from an i-D.vice.com interview with author bell hooks:

What does the word ‘justice’ mean to you?

What we see in many cases is a white supremacy and what defines that as a political system is grave injustice. So justice has a value worth working for, worth sacrificing for. Dr Martin Luther King did talk a lot about justice, but I also think of a modern day activist like Bryan Stevenson, who is committed to trying to create justice for black children and black people who are unjustly imprisoned; he’s just amazing. Conversation is very connected to this, one of the books that we are looking at, at the institute, is called The Soul Making Room by Dee Dee Risher, who used to write for a Christian magazine called The Other Side. Her whole thesis is around the degree to which hospitality and willingness to engage the stranger aids us in efforts to end domination. I can’t think of a more appropriate moment to discuss this, as we going through such a rise in xenophobia and white supremacy at the moment. We need to talk about what it means to embrace people who are not like ourselves. END_OF_DOCUMENT_TOKEN_TO_BE_REPLACED

From bell hooks in Feminism is for Everybody (2000):

Visionary feminism is a wise and loving politics. It is rooted in the love of male and female being, refusing to privilege one over the other. The soul of feminist politics is the commitment to ending patriarchal domination of women and men, girls and boys. Love cannot exist in any relationship that is based on domination and coercion. Males cannot love themselves in patriarchal culture if their very self-definition relies on submission to patriarchal rules. When men embrace feminist thinking and preactice, which emphasizes the value of mutual growth and self-actualization in all relationships, their emotional well-being will be enhanced. A genuine feminist politics always brings us from bondage to freedom, from lovelessness to loving.