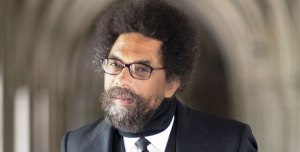 Cornel West on the four persistent American catastrophes that Martin Luther King identified at the end of his life:

Militarism is an imperial catastrophe that has produced a military-industrial complex and national security state and warped the country’s priorities and stature (as with the immoral drones, dropping bombs on innocent civilians). Materialism is a spiritual catastrophe, promoted by a corporate media multiplex and a culture industry that have hardened the hearts of hard-core consumers and coarsened the consciences of would-be citizens. Clever gimmicks of mass distraction yield a cheap soulcraft of addicted and self-medicated narcissists.

Racism is a moral catastrophe, most graphically seen in the prison industrial complex and targeted police surveillance in black and brown ghettos rendered invisible in public discourse. Arbitrary uses of the law — in the name of the “war” on drugs — have produced, in the legal scholar Michelle Alexander’s apt phrase, a new Jim Crow of mass incarceration. And poverty is an economic catastrophe, inseparable from the power of greedy oligarchs and avaricious plutocrats indifferent to the misery of poor children, elderly citizens and working people.

By Tommy Airey
————————
The great irony of our time is that in the age of Obama the grand Black prophetic tradition is weak and feeble.
Cornel West, Black Prophetic Fire (2014)

The Union Theological Seminary professor & prominent American public intellectual Dr. Cornel West has teamed up with Christa Buschendorf, the professor and the chair of American Studies at Goethe-Universitat Frankfurt am Main, for the newly released Black Prophetic Fire from Beacon Press, a series of extended conversations on six compelling prophetic leaders: Frederick Douglass, W.E.B. DuBois, Martin Luther King, Ella Baker (above), Malcolm X & Ida B. Wells. It is a well-timed buffet for people of faith & conscience yearning to eat at the table of a nutritious historic tradition that will energize & sustain subversive lifestyles within the context of 21st century American Empire. END_OF_DOCUMENT_TOKEN_TO_BE_REPLACED