Last Thursday in Montgomery, Alabama, the Equal Justice Initiative opened its museum dedicated to racial equality, at the heart of which is a profoundly powerful memorial to the more than 4,400 African-Americans who were lynched in this country between the Civil War and World War II. Three days later Melanie Morrison made a visit to Western North Carolina, reminding us that not all such acts of terrorism and brutality were carried out by white mobs under trees and the cover of darkness. Some were perpetrated in courtrooms in broad daylight. END_OF_DOCUMENT_TOKEN_TO_BE_REPLACED 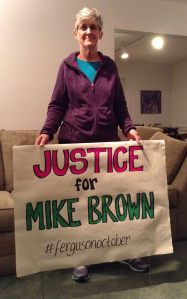 Day 32 of our Lenten Journey through Dr. King’s “Beyond Vietnam” speech.

We are now faced with the fact, my friends, that tomorrow is today. We are confronted with the fierce urgency of now. In this unfolding conundrum of life and history, there is such a thing as being too late. Procrastination is still the thief of time. Life often leaves us standing bare, naked, and dejected with a lost opportunity. The tide in the affairs of men does not remain at flood—it ebbs. We may cry out desperately for time to pause in her passage, but time is adamant to every plea and rushes on. Over the bleached bones and jumbled residues of numerous civilizations are written the pathetic words, “Too late.” There is an invisible book of life that faithfully records our vigilance or our neglect. Omar Khayyam is right: “The moving finger writes, and having writ moves on.”

By Melanie Morrison (photo above), Director at Allies For Change

Fifty years ago, Dr. Martin Luther King Jr. declared in the pulpit at Riverside Church that the war in Vietnam was “a symptom of a far deeper malady within the American spirit.” Dr. King warned that America would continue to be a dangerous purveyor of oppressive, counterrevolutionary violence in distant lands if it failed to acknowledge the systemic racism that lay — as an unhealed wound — at the heart of our nation. He decried the egregious irony that young black men were being sent eight thousand miles away “to guarantee liberties in Southeast Asia which they had not found in southwest Georgia and East Harlem.” END_OF_DOCUMENT_TOKEN_TO_BE_REPLACED

DEAR WHITE PEOPLE: Difficult as it may be, you and I MUST listen to and grapple with the words that Dylann Roof spoke as he began shooting the people who warmly, graciously welcomed him into that Bible study circle at Emmanuel AME Church: “You are raping our women and taking over the country. You have to go.” Those words are a mirror for us as a people – as white people. Those words are not only the isolated rantings of a tormented soul. We can’t simply scratch our heads and wonder how someone could be so hate-filled. We can’t only conclude that we need stricter gun control. We don’t need to interview his family and friends to understand where those words came from. The words Dylann Roof spoke are quite literally the white narrative that has undergirded and sustained systemic racism for centuries. That narrative continues unabated. Those words represent the fears and stereotypes that undergird present day racial profiling, state sanctioned violence, and mass incarceration. Those words feed anti-immigrant hysteria. Those words ring out in the chant, “Give us our country back.” Dylann Roof’s words are a mirror we must face as a people — as white people — if we are going to do the deep work required of us. None of us is exempt from this work. You and I and all of us must do this. 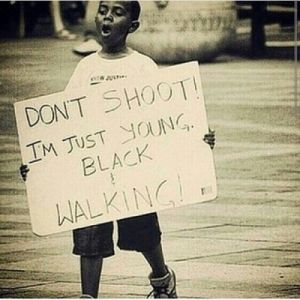 O Holy One, known by many names,
I am who I am
Forgiving Love
Fertile Darkness
Fiery Freedom
Liberator of the Oppressed
Lover of All Peoples

As we gather remembering your holy names,
may we also remember that this is holy ground.
For we sense your presence winging near. END_OF_DOCUMENT_TOKEN_TO_BE_REPLACED