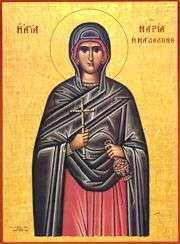 This piece was developed during the first Bartimaeus Institute Online Cohort (2015-2016), aka “The Feminary.”  These pieces will eventually be published in a Women’s Breviary collection.  For more information regarding the Feminary go here

I.
I sometimes wonder if Christ will always be an abstraction to me.
Some days I do not know much of him but that he, too, was tended by women, fed by them.
Some days I think of Mary Magdalene keeping the fire or cooking the fish,
the way she baked the bread and the way she was trusted,
and this
I can understand.

II.
Maybe it was like swallowing the sea or being buried alive,
I have heard of those whose minds are on fire,
and those who feel as though barbed wire has been woven under their skulls.
Mary, called Magdalene, from whom seven demons had gone out,
I think you were not so much a soft woman, but rather one full of light.
Lest we forget the way your body quaked with the fury of hell,
broke itself to become free of it.

IV.
If it were the case that they laid him in the garden tomb,
there may have been peaches or pomegranates encircling their conversation.
She mistook him for the gardener.
How is it that she could not recognize
the gaze of the one she had given her whole life to,
until he spoke her name?

When he offered,
“Mary”
did it sound like a banquet
falling from his mouth at her feet?

V.
The grave is the starkest blue,
the disciples dumb with grief.
We don’t know what happened
when he tore death open, only
that it happened in darkness.

And that after he rose, early in the morning,
he appeared first to Mary Magdalene,
the bitter woman who understood him.

I don’t know why the others did not believe her,
why they thought her words an idle tale.

Did they not see the terror in her eyes,
the fire of your love returning to you
after the long night?