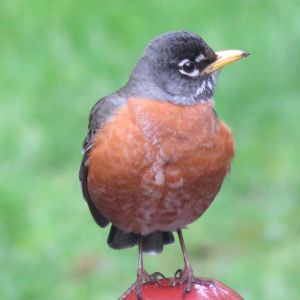 While the word Lent comes from Middle English, quadragesima, the Latin word for the season means fortieth referring to the fortieth day before Easter. And while this resonates with a host of biblical wilderness forties—the 40 days of the flood, the Hebrew’s 40 year sojourn in the desert, Moses’ 40 days on Sinai, Elijah’s 40 day journey to Mt. Horeb, Jesus’ 40 days in the wilderness—the actual number of days doesn’t quite add up, so different traditions have different metrics, (don’t count Sundays, Lent ends on Maundy Thursday) in order to get to 40. I love the biblical associations but the 40 Birds of Lent involved some cheating to make the numbers come out right.

“Confession,” my mother used to say, “is good for the soul,” usually in mock seriousness when I was suspected of some misdeed. In this final installment of the 40 Birds of Lent all, or at least most, of the cheating is confessed. 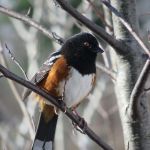 So has this Lenten practice, the (almost) daily setting aside time to be present and attentive in creation, prepared me for Holy Week? For Good Friday? For Easter? The simple answer is no. Of course not.

The trouble with Christians is that we live in a weekly relationship with the impossible. Every Sunday is a little Easter, every year we celebrate Holy Week. And because we know how the story ends there is always an element of play-acting Good Friday, even when some of us are living in the midst of it. We do not enter fully into the devastation of betrayal, of violent arrest and disappearance, the beloved killed by the state, a broken movement, a god that died. The truth of Good Friday is despair, outrage, hopelessness. Blood-proof that the power of empire and its machines of death are absolute, destroying the best and most beautiful. Easter is the perhaps more shattering realization that death does not have the last word. To approach Good Friday with Easter up our sleeve is to cheat both. 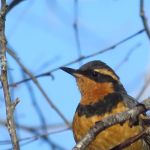 So, praying with the birds. To be only present with senses widened–not anticipating. To be close tiny fast heartbeats, rustling feathers, merciless talons, sunlight through wings? It is as good and adequate preparation for the impossible as any.

For those who are keeping track, this year’s 40+ Birds of Lent (at the time of editing) were: