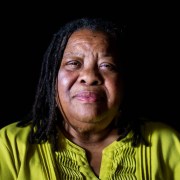 Republicans ask with hypocritical self righteousness that if Christine Ford’s allegation that charges Kavanaugh with sexual terrorism and attempted rape is true why did she wait thirty six years to go public?

She remained silent for the same reasons that thousands of women did not speak out. We lived in a White male patriarchy that blamed women and dismissed us as aggressive sexual predators and whores for sexual crimes against us. Sadly even women internalized this view and believed that we provoked men to commit these acts against us.

This climate made women disassociate or repress the assaults in shame or fear of being targets of public ridicule.

For Republicans to ignore this history is another example of their moral decadence and big White lies.

I want to say that I was sexually assaulted and like women and girls of my generation remained silent not even telling my best friend. I only began to publicly break my silence a couple of years ago for fear of consequences for me and my family. So despite my level of consciousness I too carried the shame and blame that Women and girls carried from speaking out. I simply repressed the experience and moved on.

One thought on “Why Did She Wait?”