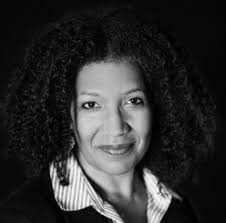 From the Twitter account of Lisa Sharon Harper, Founder and President of Freedom Road and Senior Fellow at Auburn Seminary. It was posted on March 18, 2019.

To all the people, designated White by colonizing nations, who are becoming disillusion by your evangelical or Christian faith: When you walk away from Jesus you are not #woke. You are operating out of the white supremacy you say you abhor. #LiberatingEvangelicalism

When you walk away from Jesus and Christian faith to be “woke” you are walking away from a faith that sprang from brown, indigenous, colonized people. You’re walking away from faith born on the underside of empire in the context of oppressed peoples. #LiberatingEvangelicalism

You’re walking away from the faith of enslaved people who found such profound liberation in Jesus that they broke laws to gather together and worship in #trees!

You’re walking away from faith that ignited ecclesiological resistance of #RichardAllen #AbsolomJones #JamesForten. They insisted the image of God in them was equal to white Christians who would not pray with them. They founded Historic Black Church. #LiberatingEvangelicalism

When you walk away from Jesus, you are walking away from faith of #CesarChavez #OscarRomero #DoloresHuerta #NelsonMandela #DesmondTutu #MotherTeresa and a faith that informed Gandhi’s belief that every Indian man and woman is a child of God. #LiberatingEvangelicalism

You are not #woke when you reject Christianity in order to escape white supremacy. You are demonstrating just how captive you are to its fundamental belief that God and Jesus and Christianity (and Santa) are White. None of them are (and Santa isn’t real).

Christianity is NOT White man’s religion. It was highjacked and reinterpreted by white men whose nations traded slaves. These men’s theologies did not prevent their nations from colonizing/financing colonization and centuries of global slave trade. #LiberatingEvangelicalism

It is good and right to reject #SlaveholderReligion that @wilsonhartgrove writes about. It is arrogant, ignorant and white supremacist to toss aside Christianity because of white supremacy. Christianity is the liberating religion of the enslaved! #LiberatingEvangelicalism