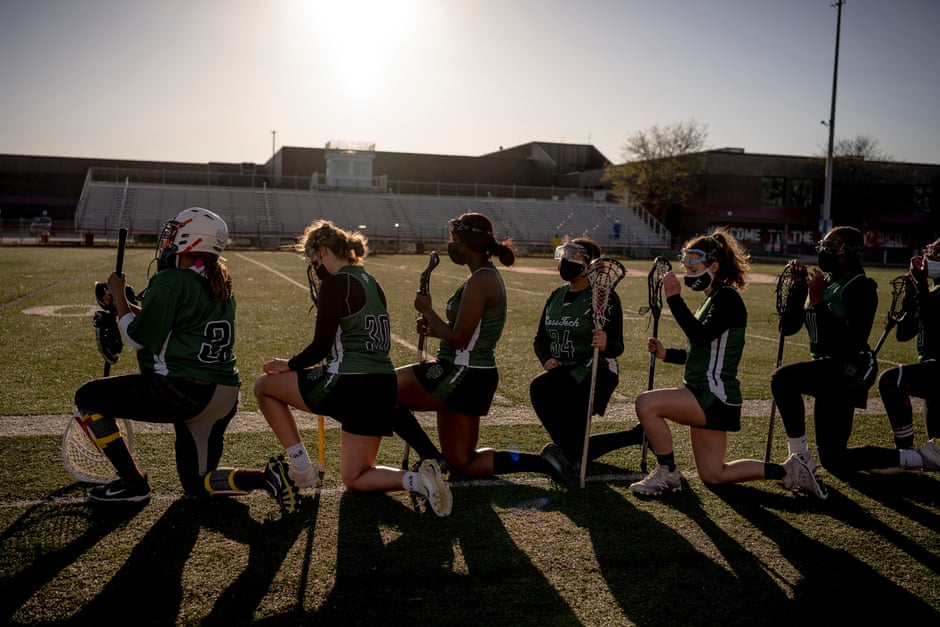 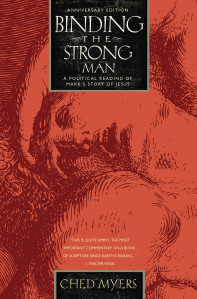 We continue our every-Sunday-celebration of the 30th anniversary of Binding The Strong Man, Ched Myers’ political reading of Mark’s Gospel.

The story of the Syrophoenician woman bears certain affinities with its counterparts in the Jewish cycle. She, like the hemorrhaging woman, demonstrates inappropriately assertive female behavior that is vindicated. The parallel with the Jairus story goes beyond the common petition on behalf of ailing daughters at home. Both these episodes articulate feeding-symbolics that are carefully correlated to Jesus’ feedings of the masses in the wilderness. Jesus’ somewhat anticlimactic instructions in the aftermath of his dramatic raising of Jairus’s daughter were for those present to “give her something to eat” (Mk 5:43). In like fashion, Jesus instructs his disciples in the first feeding to “give the crowd something to eat” (Mk 6:37). Similarly, Jesus tell the gentile woman that “the children must first be satisfied” (Mk 7:27 chortastenai)–which satisfaction has indeed already been reported in Mk 6:42 (“they all ate and were satisfied,” ephagon pantes kai echortastesan)! This is how Mark prepares the way for the fulfillment of the Syrophoenician woman’s request–the feeding and satisfaction of the gentiles–which will indeed shortly take place (same verb, Mk 8:4,8).

If Jesus’ exorcism of the Syrophoenician woman’s daughter suggests that the kingdom has dawned among the gentiles, the following healing story confirms this beyond a doubt. Jesus’ trip from “the region of Tyre” to “the region of the Decapolis” (7:31) recounts an itinerary that many commentators consider “improbable,” though F. Lang notes that there was in fact a route from Sidon to Damascus to the eastern shore of the Sea of Galilee, one that may have been traveled by early Christian missionaries. In any case, the narrative purpose of the journey is to symbolically embrace the entire Hellenistic neighborhood surrounding Galilee.

Jesus encounters there a man unable to communicate verbally (7:32). He is brought by an unknown “they,” who beg Jesus to lay his hands upon him. This healing too contains elements in common with the story of Jairus’s daughter: the healing is done away from the crowds, and only here in Mark does Jesus utter a special Aramaic phrase in the process (7:34). Here, however, the purity code is again sideswiped, for Mark tell us that Jesus “spat” on his fingers to effect the healing. D. Smith points out that saliva was considered as pollutive as was bodily excrement (see Lev 15:8). But–as in the case of the Jewish leper in Mk 1:40ff–the contagion is reversed, and the gentile healed. And here too the anonymous group, despite Jesus’ admonitions to the contrary, begins to “preach” (7:36, ekerusson), a technical term for gospel proclamation in Mark (see Mk 3:14; 6:12; 13:9; 14:9).

…These two pairs of healings demonstrate Mark’s mastery in using narrative action to illustrate the ideology of inclusion, which is the cornerstone to the new social order being constructed by Jesus. The social dynamics of status and honor, fundamental in the life of antiquity, have been turned upside down to make way for the outcast Jew and the alien gentile.

2 thoughts on “The Cornerstone to the New Social Order”

Above: the Cass Tech H.S. girls lacrosse team in Detroit kneels during the national anthem.