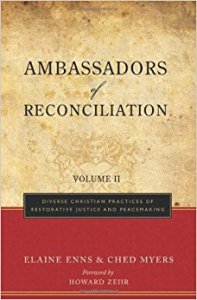 In Spiral of Violence (1971), the Brazilian liberation theologian Dom Helder Camara explained that various forms of violence plaguing communities of the poor—from addiction and crime to rioting and guerilla warfare—were all reactions to fundamental experiences of injustice and violation.   He called these “Violence #1”…Typically, the conditions of Violence #1 are woven into the fabric of society, and thus widely accepted as “normal,” “inevitable” or “beyond our capacity to change.” But human beings sooner or later react to violation, Camara argued.

“Violence #2,” best described psychologically as rage, is a response to the sometimes invisible, sometimes inscrutable, but always felt conditions of Violence #1. These reactions vary in their scope and target. Introjected rage results in e.g. teen suicide, addictions of all kinds, even eating disorders and depression. When projected outward, it is usually toward what is closest at hand…Thus the next level of victims are usually in the family, neighborhood, or workplace; the presenting symptoms are spouse abuse, family abandonment, petty crime, gangbanging, barfights, school shootings, job truancy, etc…Only when there is a measure of political consciousness concerning Violence #1 does this become organized into urban uprisings, bread riots, so-called “social banditry” of the Robin Hood type, or full blown armed insurgency or guerilla warfare.

James Gilligan, a medical psychiatrist who directed the Center for the Study of Violence at Harvard Medical School, argues:

“The most effective and powerful stimulus of violence in the human species is the experience of shame and humiliation” Gilligan explains (ibid:223). “It is not lack of material things that causes shame, it is the gap or disparity between the wealth and income of those on the top and those at the bottom of the social hierarchy” (ibid:201).

Neither Camara nor Gilligan are trying to exonerate perpetrators of Violence # 2 from moral responsibility. Structural violence does not justify reactive violence, but it does make it inevitable. Equally predictable in the spiral is Violence # 3—the counter-reaction of those in power to the rage of the marginalized, the anti-social or the subversive. The reactive violence of crime or insurgency must be quelled by the far superior force of the police or military.

Examples would be: arresting the abused wife who attacked her husband; police violently breaking up a demonstration; or the U.S. occupation of Iraq. Violence #3 is usually viewed by the comfortable classes as acceptable, moral and necessary to preserve law and order. Criminals or rebels using guns are wrong, but officers or soldiers using the same guns are justified, even heroic. Violence #3 is usually swift, severe and often final, whether it is expressed in gang sweeps, the death penalty, or military “Shock and Awe.”

If restorative justice advocates err by responding only at the level of violence #2, peace activists err by typically mobilizing only in the face of the threat, or after the fact, of violence #3.